A New Year, A New Friend 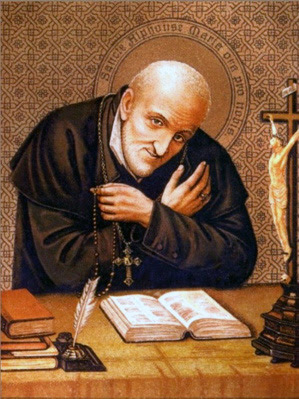 Happy New Year!!! Today is the first day back at school for the kids and I'm surprised that nobody groused about getting up early. I suppose it's because they are churched out. It's been such a gift to have this time at home together.

On New Year's Day, I found a new friend, or rather he found me. I was flipping through the latest Magnificat and the first thing that made me stop was: St. Alphonsus de Ligouri. His Stations of the Cross are my favorite, but I had no idea that he suffered so much. How silly of me ... all the saints were purified through some sort of suffering. Anyway, I turned a few more pages and discovered that this entire month is devoted to saints who suffered from chronic illnesses. How perfectly fitting for me to learn to suffer with the saints. I keep rather good company, don't you think? In any case, St. Alphonsus is going to walk with me all year with his 12 Steps to Holiness and Salvation. Each month, I will work on increasing one virtue. Jan is Faith. By the end of the year I should be ready to read Uniformity with God's Will.

You can read some remarkable things about his writings and sufferings here. An excerpt: St. Alphonsus wrote his first book at the age of forty-nine, and in his eighty-third year had published about sixty volumes, when his director forbade him to write more. Very many of these books were written in the half-hours snatched from his labors as missionary, religious superior, and Bishop, or in the midst of continual bodily and mental sufferings. With his left hand he would hold a piece of marble against his aching head while his right hand wrote. This made me smile. I often write with an ice pack on my head. So I will be asking him to pray for my writing, mothering, and suffering.

On this Epiphany, I leave you with a Star and the Wise Men at the Crib. May we have the gifts of the magi: eyes to seek Him, feet to follow Him, and hearts to worship Him. 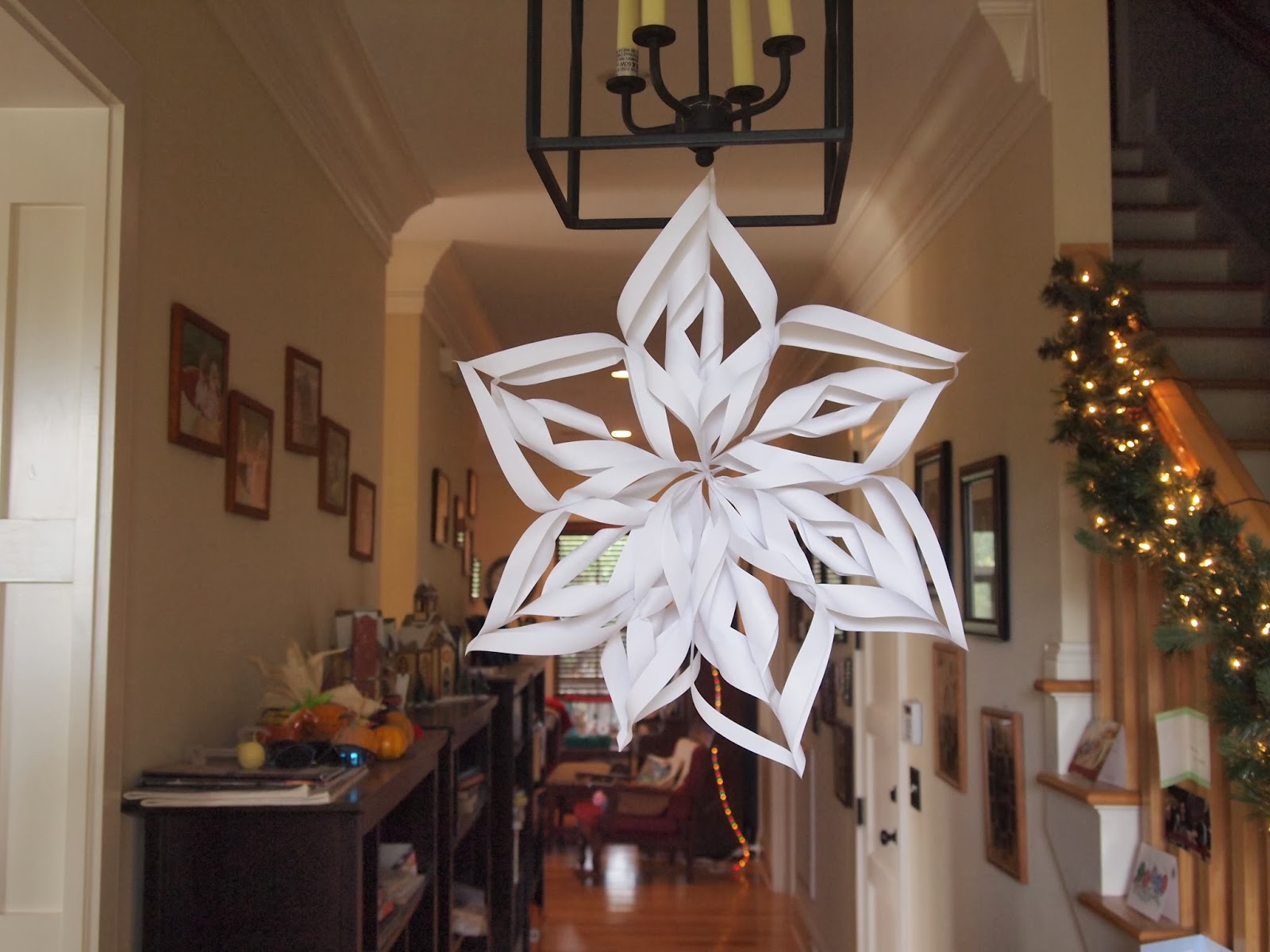 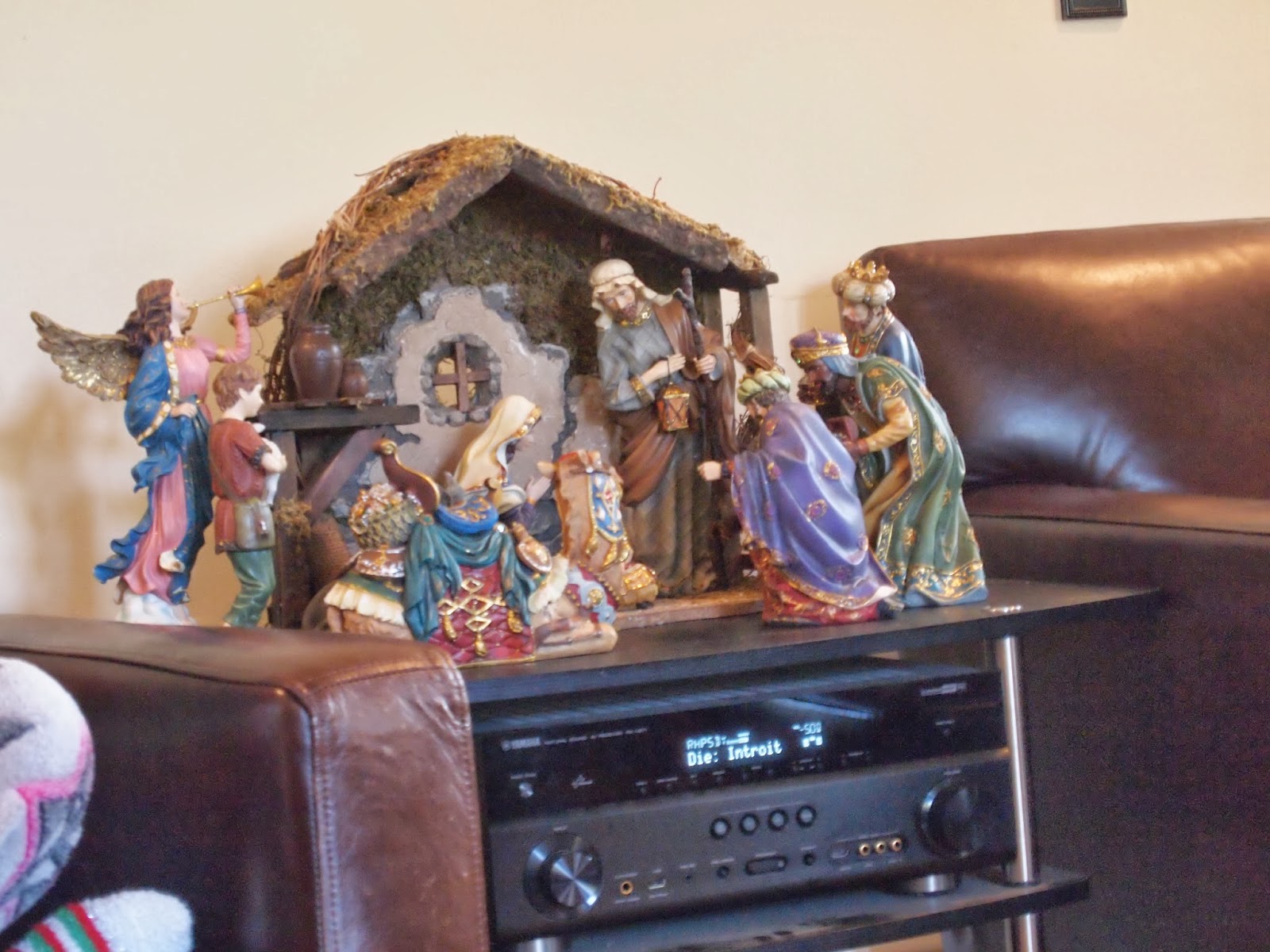 An afterthought: My daughter made the star and thought she was going to annoy me by making it seven-pointed, but I love it. I only get upset when people make snowflakes with fourfold or eightfold symmetry. People -- please, please make your snowflakes with SIX-fold symmetry. Sorry to shout. But it's a pet peeve of mine.
Posted by Vijaya at 1:35 PM

This Saint will never leave you. I wish you much healing, Vijaya.

I'm not at all familiar with this saint. I LOVE the star!

I love seeing your CD player beneath the creche on "Introit." :)
So I JUST (finally) learned how to make six-pointed snowflakes this winter. The eight- or four-pointed ones always bugged me, too, but I could never figure out how to fold the "right way" on my own. This proves that Google is worth something. :)
Happy Epiphany--and I can't wait to hear more from St. Alphonsus. Despite owning several books of his writing, I have yet to read them.

Thank you Mirka ... I think you are right, once you get to know a saint, they stick by you.

Bish, Dagny insists that it's a snowflake :)

Faith, you have good eyes. We do so love our church music and I've learned lots on YouTube :)