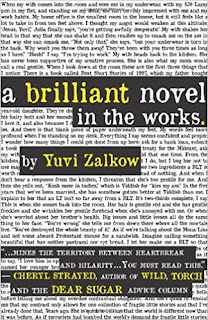 A Brilliant Novel in the Works by Yuvi Zalkow is a must for all writers, whether or not you have it all together (all lies). This was such a raw and honest portrayal of the writing life, of marriage, of friendship, of the big questions we ask. And funny too. I'm still not sure how the author managed to pull it off but given that his strength lies in the short story, I should probably be taking notes because it's my strength too. I fell in love with every character Yuvi introduced, starting with his wife, her brother, his girlfriend and kid, his parents, and even the Palestinian subplot. No villains. This unconventional and episodic book reminded me of Daniel Nayeri's Everything Sad is Untrue. Both beautiful. 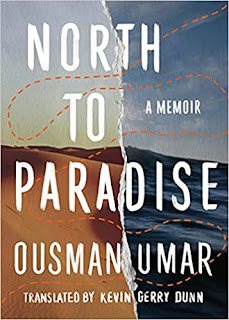 North to Paradise: My Journey Across the World’s Most Dangerous Migrant Route by Ousman Umar and translated by Kevin Gerry Dunn is the memoir of the harrowing 5-yr journey Ousman takes as a 12-yr-old boy from Ghana to Spain. It is a miracle he survived at all—with his mother dying during his birth. He was destined to live, a son of a shaman in Ghana, who had a wonderful childhood, who nonetheless was captivated by the idea of the “land of the whites” and he set out at the age of 12 to "paradise." The writing is visceral and evocative. I could picture everything, though I still had to pull out a map to trace his route and it is indeed a miracle that this young boy managed to survive the journey through the Sahara to Libya and didn’t drown in the Atlantic on his last leg into Spain. He encountered so much cruelty, yet he persevered by the grace of God and help from people with good hearts. Today he manages an NGO that promotes education of Ghana’s children so that they will never have to endure what he did. Bloom where you're planted. Thanks to the publisher for a digital ARC.

Coincidentally, I also got to read this interesting paper "Sankofa": How Indigenous Traditions Can Inform Sustainable Management of Natural Resources in Ghana by Adelaide Edinam Nyanyo. I enjoyed it because this is what it takes to make our communities and nations thrive. There's great wisdom in all cultures and before we adopt foreign ideas, investigate whether they're good for your own community. And look who wrote the first paper! 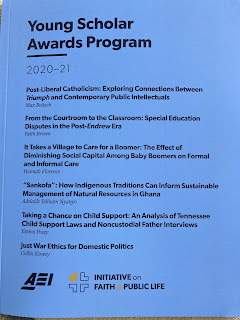 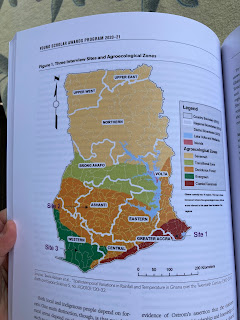 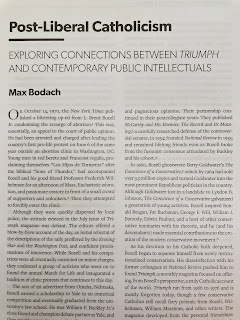 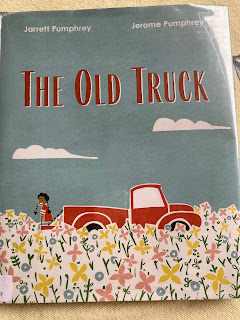 I loved The Old Truck by Jarrett and Jerome Pumphrey for its spare text and evocative pictures showing the hard work and resilience in a family, of dreams becoming reality. You can read more about it here, including their inspiration. 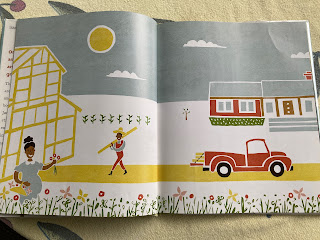 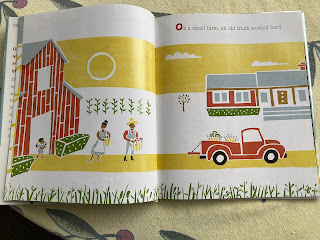 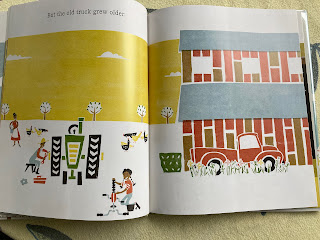 Beautiful Yetta: the Yiddish Chicken by Daniel and Jill Pinkwater was such a fun book because Yetta, who's only ever known the countryside, escapes from the crate destined for the butcher shop and has quite a few adventures in Brooklyn. Daniel Pinkwater is a great storyteller (I used to listen to him many years ago on NPR). This one is based on a true story and that makes it all the better. Also, multilingual. At the back is the Hebrew alphabet (aleph-bet). Once upon a time, in my childhood, I learned rudimentary Arabic from our Muslim neighbors and I found it fascinating. 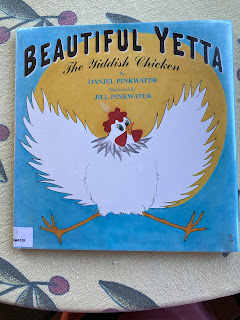 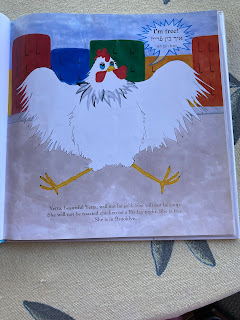 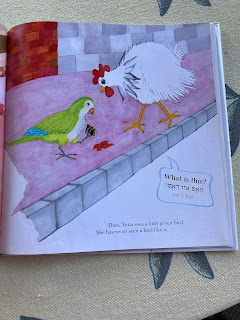 I didn't know Ann Patchett wrote picture books but she has two delightful ones, Lambslide and Escape Goat, both based on wordplay and the same family (the little girl could be the young Ann), both illustrated beautifully by Robin Priess Glasser (of the Fancy Nancy books). Escape Goat has an electronic reader in the book itself, the first I've seen. Pity the poor children whose parents would rather not read to them. 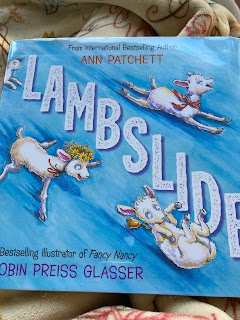 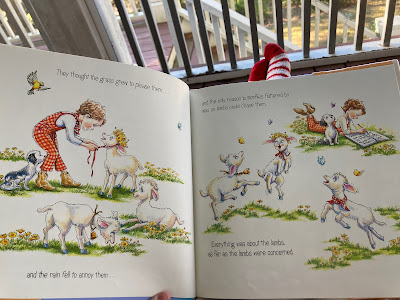 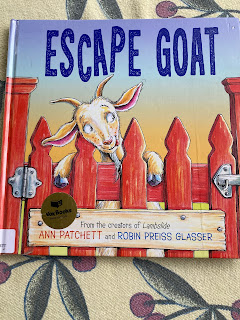 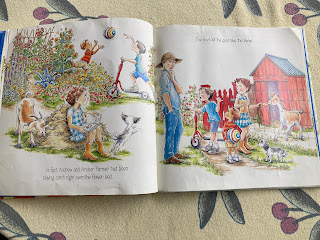 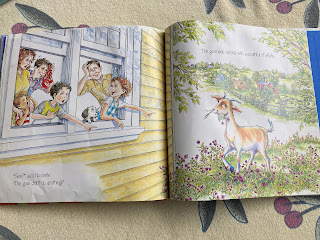 A reminder: if you click on a picture, it gets bigger. And that's all folks. What are some of the good books you've picked up this year?
Posted by Vijaya at 12:12 PM

I will check out Yuvi Zalkow's book, because I could use a brilliant and funny read ;)
I know some of the other titles, and they are good.

You will enjoy Yuvi's book very much, Mirka. Light and laughter!

Some of these sound very interesting. Thanks. Big congrats of Max on being published!

Just saw this today -- thanks for including my little essay!

I'm reading The Brothers Karamazov (Doestoevsky) and finishing up Cormac McCarthy's Border Trilogy right now, along with Walter Kaufmann's first book on Nietzsche. I just started Robert Kaplan's The Revenge of Geography and am loving it.

Recently wrapped up Pynchon's The Crying of Lot 49 and the essay collection from NYRB called "War and the Iliad" which features twin classic essays from Simone Weil and Rachel Bespaloff -- and prefigures, in some ways, one of the few coherent responses to WWI: a revulsion towards violence and force.

I need to check out these picture books!

Thanks Barb. I'm so happy to live close to my library!

Max, that's great you stopped by. We're so proud of you. I love how much you read and how generous you are sharing some of your great finds. You've definitely expanded my mind with many of your suggestions.

Sue, the picture book remains my favorite genre. And beautiful PBs are for all ages :) Enjoy.