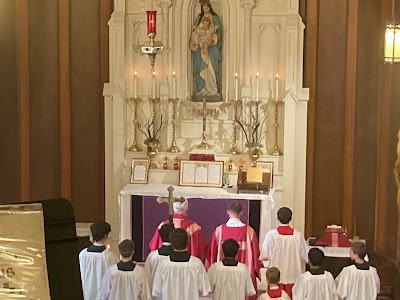 Whew! What a week! What a weekend! We had two High Masses, one on Friday to celebrate the Feast of the Annunciation and one for Laetare Sunday--because we're more than halfway through Lent. And last week was also the choir's turn to provide soup and sandwiches for after Stations of the Cross so there's been a LOT of socializing. But it's been lovely. And I could not believe it's the 10th anniversary of my total consecration of Jesus through Mary. JOY!
I was also finishing up a writing project (secret for now) so it was a great relief to have the writing finished on Thursday before choir practice! Our choir director brought in an original vellum of the chant we'd be singing, penned in the late 15th century. It's only slightly different from what we sang. It's quite large and in medieval times the monks would gather around to sing. 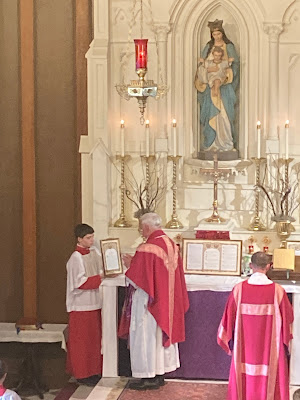 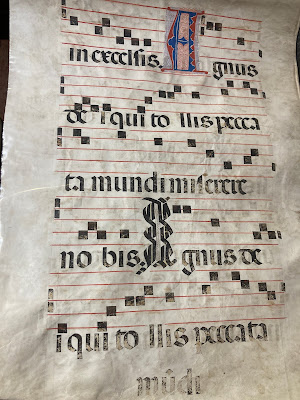 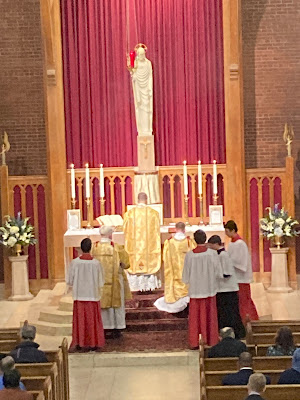 There was also consecration of Russia and Ukraine. I can't help but think of the Fatima seer, Sister Lucia, who said that Mary told her that by the time the consecration happens, it'll be too late. Pope St. John Paul II had made a consecration that was accepted in heaven but Russia had already spread her errors. And we're already in a war. So I don't know what the most recent consecration will mean. Then there's the little matter of Biden and Obama establishing bioweapons labs in the Ukraine and the never-ending covid crap that continues to be used to usher in a new era of health dictatorship even as the authorities backtrack and say they made mistakes. What a bunch of liars. Everything was done with malice. And this is why I pray because what can a person like me can do? I have no power except in Christ Jesus.

I had an interesting conversation with Dagny, who's taking a class in Mariology, and who said that until the fifth dogma is proclaimed--that she's the Mediatrix of all graces--we'll never have peace. It's such a strange thing that our Lord will not do anything without our cooperation. The Virgin Mary had to give her fiat for the Incarnation to happen. Jesus comes to us through Mary and He wills that all graces pass through her hands. This comes up over and over IN SINU JESU. I tell you, this book is a love letter! We simply cannot comprehend a love so great. But BELIEVE!!!

I close with a picture of the girls at Ave Maria celebrating the Feast of the Annunciation! 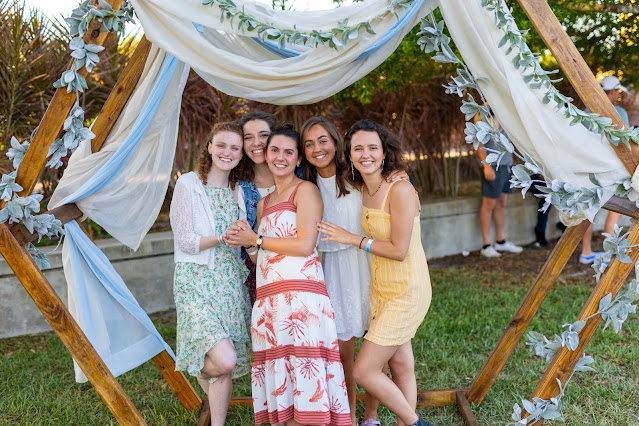 Here's to new beginnings. Glad you are making strides in your new and secret writing project and floating the river of Lent to it's conclusion at Easter.