On Books and Unexpected Good News

March was a good month for books. Pocket Hamster is published by Compass Media. The illustrations by Janet Samuel are darling. This was a book I wrote for my daughter and her friend in WA who had a dwarf hamster. I love the challenge of being creative within constraints. Dare I compare it to poetry? In this case, there are word limits, word choices (easy readers for non-native English speakers), sentence length and structure. But the first draft just poured out and once I had my story, I could tweak it to fit the guidelines. I've written several books for Compass Media, and they were all such fun to write. I can't wait to see them all in print. 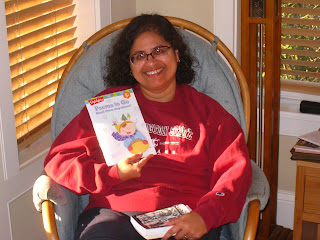 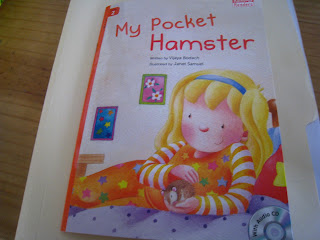 I'm holding Poems to Go! It's an anthology of poems published by Highlights and one of my poems, April Snow, is in it. Shannon Grogan alerted me because they were being sold at Target for a dollar!!! She mailed me a couple of copies and I went to the local Target and bought more. Such fun to have these to share with my young friends. They also had a book of rebuses, and I picked those up too. These are great for beginning readers.

I do love the Blueboard community I belong to. Another woman, Amanda Coppedge, a writer- librarian, told me that my book ROOTS, is in the Collaborative Summer Library Program manual -- aka the manual used by most libraries in the United States. I didn't even understand the significance of this until she told me that my book is one of the top five gardening books chosen for preschoolers. Wow! My little book. It's part of a series, so check them all out, especially if you have preK-Grade 2 kids.

When I told my children, they were completely unimpressed. "Those books are for illiterate kids."
Grin! If I ever have another child, I will teach him to say, "I'm illiterate" until he learns to read. Hee hee.
Posted by Vijaya at 9:00 AM

I know this is April Fools Day, but I think you are telling it straight, Vijaya. A real Hoopla of your writing out there, just in time to spring forward!

Congratulations, Vijaya! Soon, I hope, I'll have a copy of your novel.

Oh, such wonderful news! Enjoy the moment! And congratulations!

Congrats on all the good news! We've been loving the little poetry book--it's been perfect for restful days. :)

Congratulations, Vijaya--you have so much to celebrate! Your new book looks adorable!

This is just the sort of news that makes me want to work even harder. Thank you all for celebrating with me.

I am sooo proud of you, V!!! YES! This are all wonderful things to share and I am glad you did! I can't wait to see the new book. It sounds wonderful!

Great! It must feel wonderful to hold your very own book in your hands. Congratulations!

Thank you so much. It's like Christmas every time I get to see my book in print the first time.