For ten days this summer, our son was at St. Isaac Jogues Camp. It's run by the FSSP (Fraternity of St. Peter) a brotherhood that is devoted to the preservation of the traditional Latin Mass. They celebrated their 25th anniversary this summer. You can imagine it's not the usual kind of summer camp one thinks of with a bunch of outdoor activities. Here, they camped out, hiked, played games, as well as went to daily Mass, studied the catechism, prayed the rosary, and other prayers. The focus is to grow in all virtues, and to discern whether one is being called to a religious vocation. The boys had a great time. Enroute, they went to Mass at the National Shrine, and made a one day trip to Gettysburg.

Below, I share some pictures, all taken by my son. You can see they travelled in style. 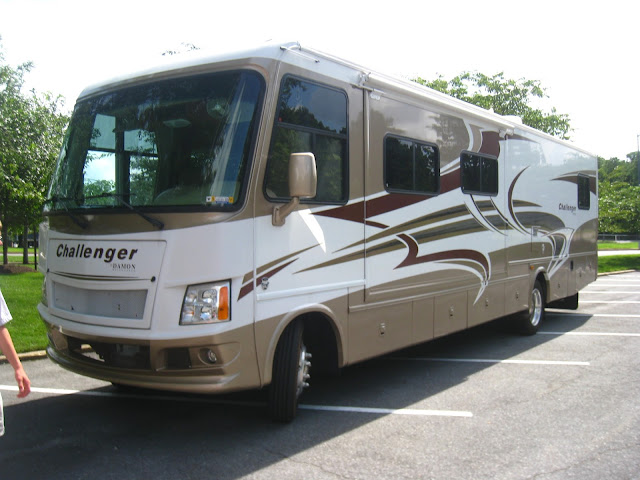 My son took a lot of pictures of the National Shrine, the alcoves housing different and varied religious art, and prayer candles. 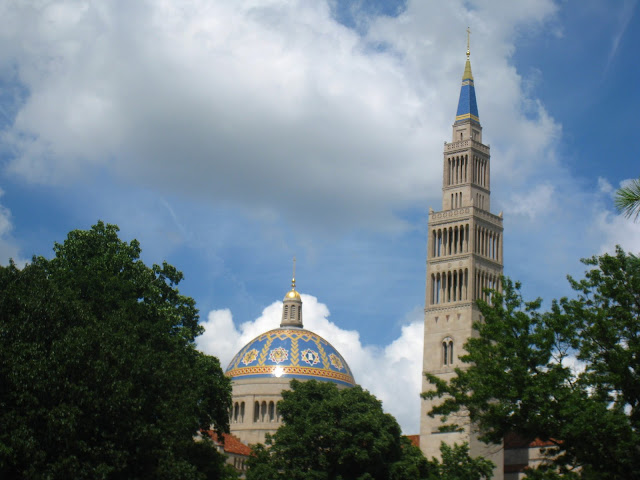 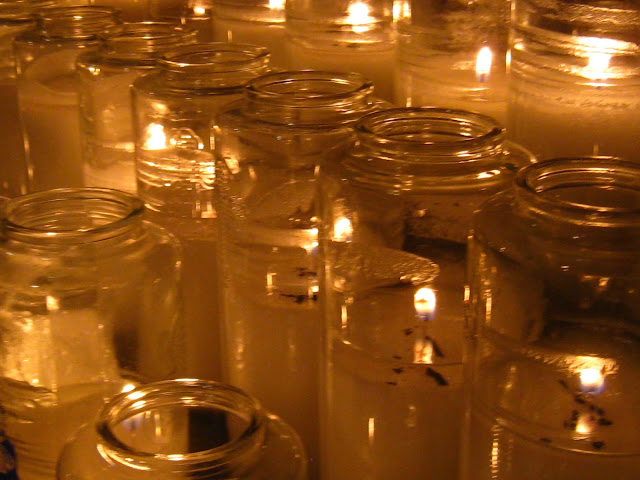 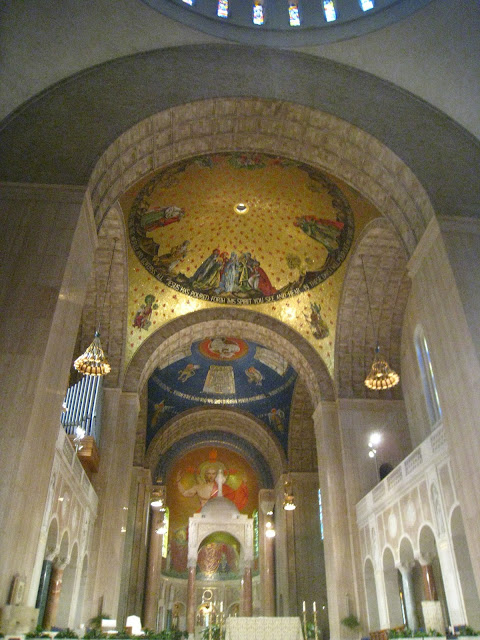 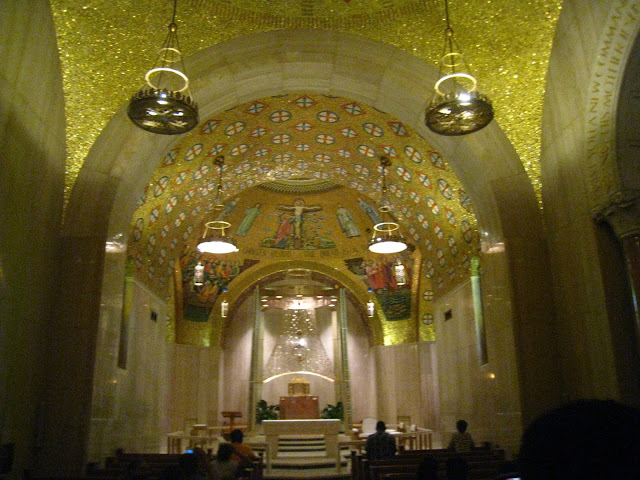 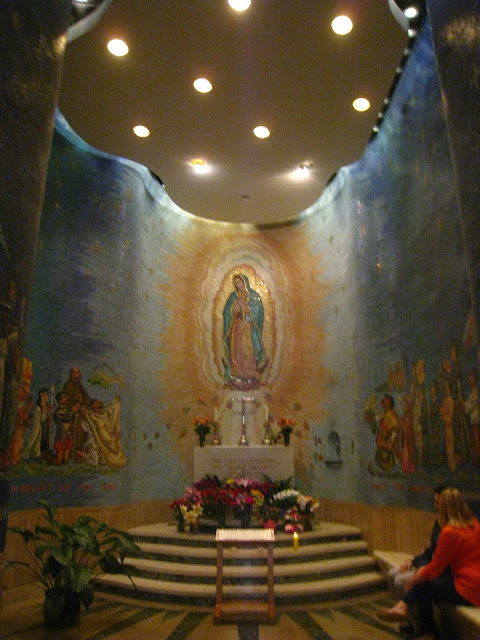 No pictures at Gettysburg. But here's camp! 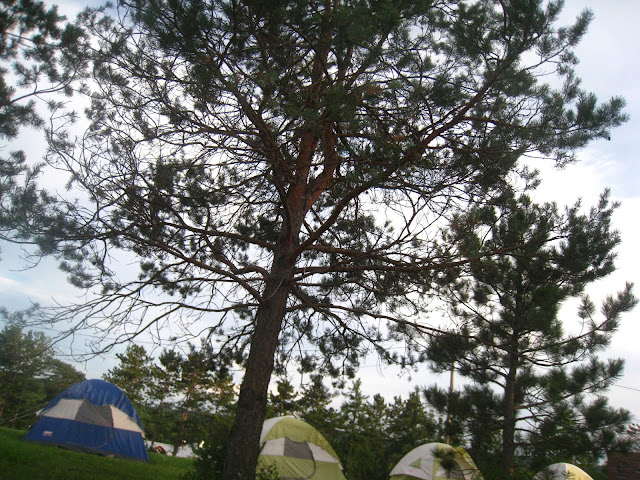 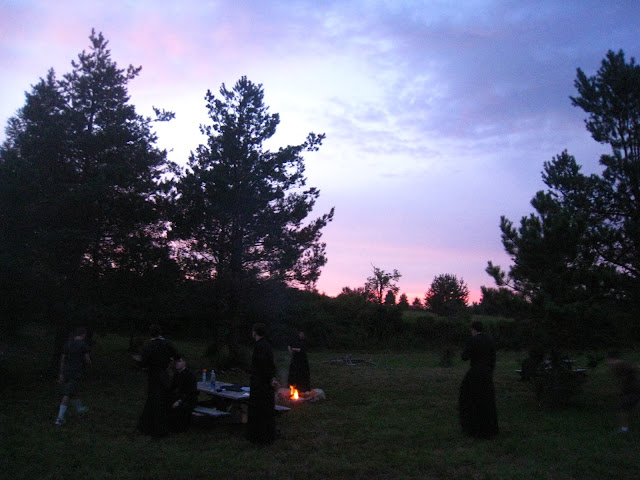 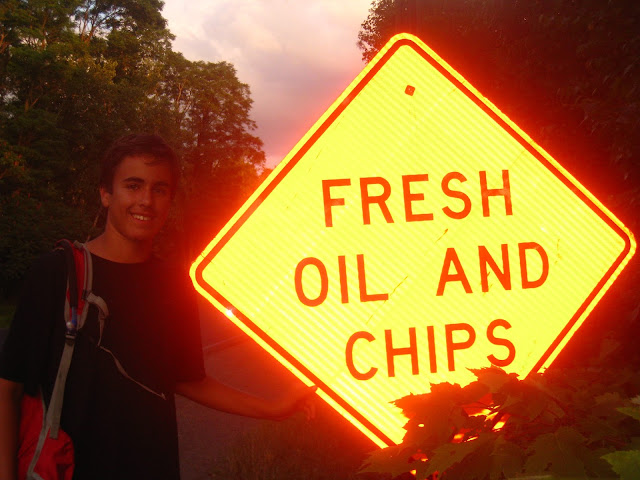 Men in Black. The seminarians took the boys to the local ice cream shop. 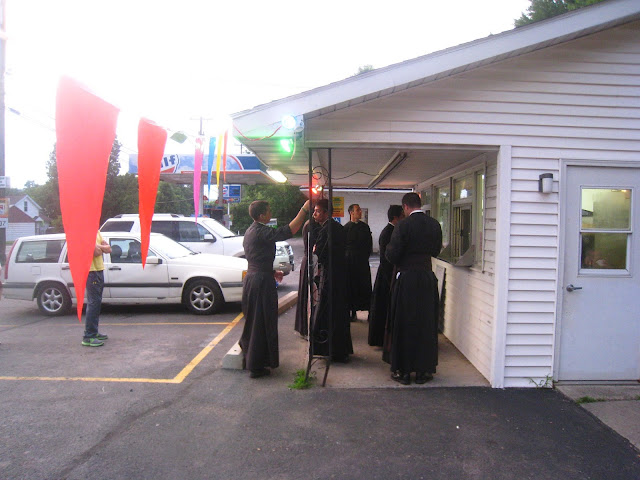 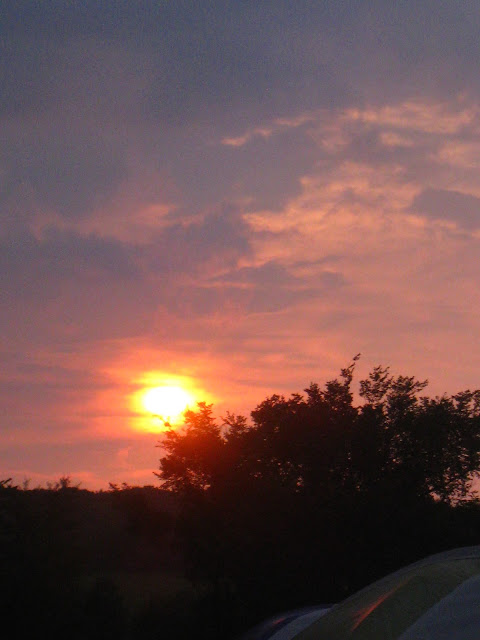 The boys had inchworm wars. 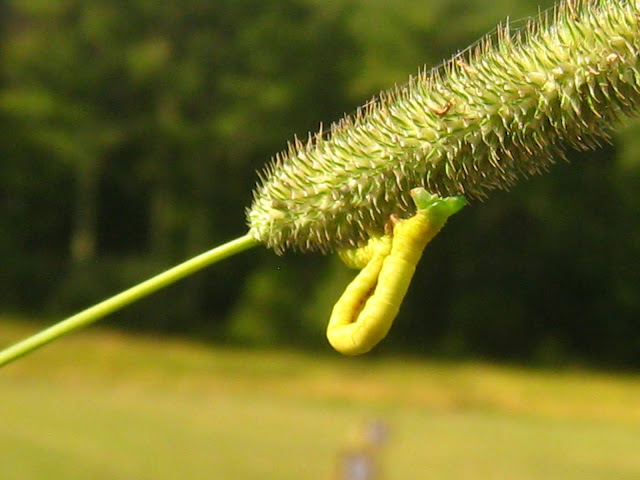 Don't you think this seminarian is rather Father Brown-esque? The boys loved their shooting lessons. Us Catholics are more wild and dangerous than you think we are. 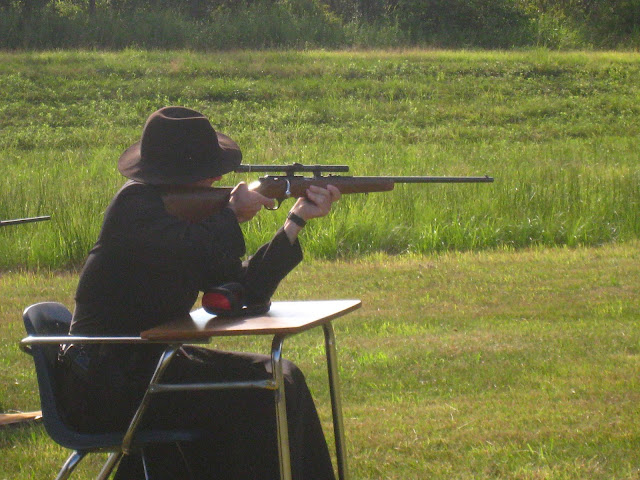 I was looking at this same moon down in South Carolina. So lovely. I could imagine the boys on their backs watching the beautiful sunsets, clouds and moon, singing songs. 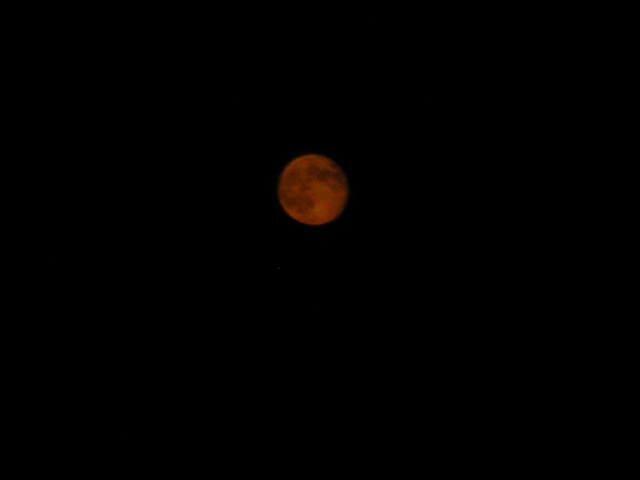 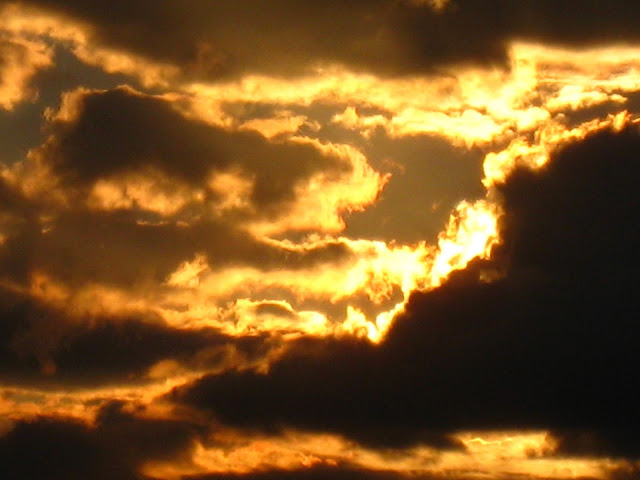 This huge bonfire was a pyromaniac's dream. 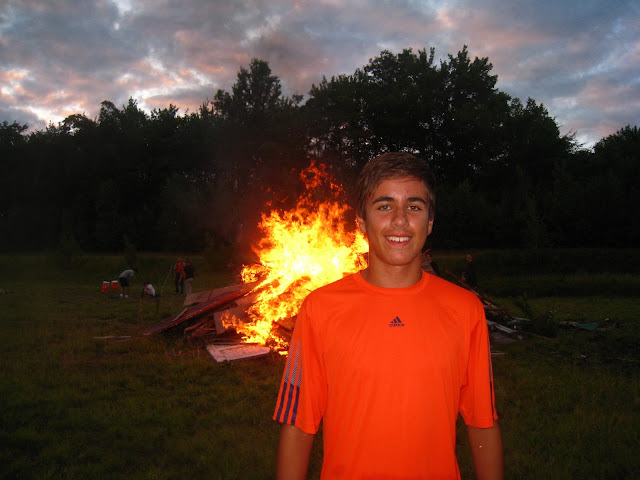 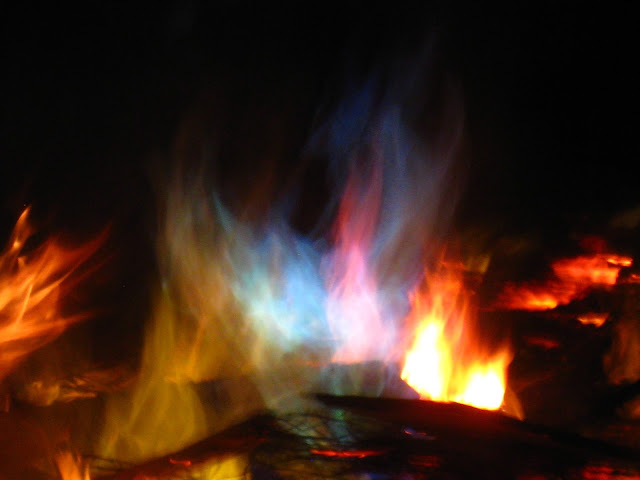 The boys had such a good time. My son wants to go back next summer.
God bless all the seminarians and priests.
Posted by Vijaya at 3:13 PM

That kid has got some promise as a photographer! I love how he frames his shots.
The National Shrine is one of my favorite places. So beautiful, and I love how it expresses the universality of the Church as well as the melting pot of all our cultures in America.

Sounds like a interesting and unique camp and Max took some wonderful pictures. That he wants to go back next years speaks highly of the brothers.

Love the pictures. So glad your son enjoyed his time there.

So much beauty... and Latin Mass too. Wonders and light.

Faith, the kid took lots of pictures and I wished I could've shared more but wanted to protect privacy of the boys. He said we have to go to the National Shrine for the exact reason you mentioned ...

Bish, the seminarians were wonderful. Young, energetic, and full of fire for the Lord. I wish they had something like this for girls at a Convent.

Thanks Ruth. It was a memorable time.

I agree with Faith ... your boy is a budding photographer with an eye for a good shot.

And what a wonderful experience for him to attend the FSSP camp!

Thank you, Rosemary. I look at my children and they are wondrous.

Gorgeous photos! And Max looks more grown up in every picture I see of him.

What an amazing opportunity for Max—who is who looking so handsome and "grown-y" as we say in my family. And he's not a bad photographer either!