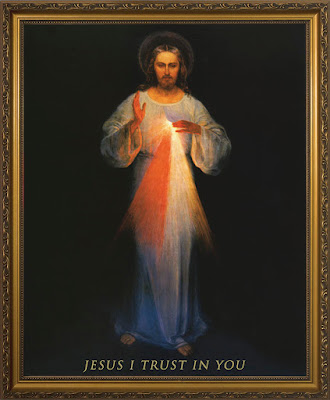 Fr. Joseph Mary Wolfe led us in a lovely sung chaplet of Divine Mercy. He spoke about the Miracle of EWTN. I didn’t realize I already *knew* him because I don’t always pay attention to who is giving the homily during the Daily Mass broadcasted from EWTN, but as soon as I heard his voice, I knew that I knew him. And I remembered reading about him in Raymond Arroyo’s book about Mother Angelica (I reviewed it previously). When he'd gone to help Mother as an engineer, she knew he’d be one of her priests! He recalls the two signs at EWTN:


“Unless you’re willing to do the ridiculous, God cannot do the miraculous.”
“We don’t know what we are doing, but we’re good at it.”
Don’t you just love this joyful confidence of Mother Angelica?
God’s Providence

God chooses an obscure nun in Alabama with only $200, who knows nothing about radio or TV to build a network to spread the Gospel to every place on earth. She trusted God to provide even though she had no idea what 12 cloistered nuns will do with a satellite dish in the backyard. Mother said, “Faith is on foot on the ground, one in the air and a queasy feeling in the stomach.” But the Word inspires others to support the work. Father Joseph recounts a time when a nun who did the accounts told Mother that they had no more money. Mother said, “Why are you asking me? Go to the chapel.” So through prayer, all is accomplished. There is another saying at EWTN: Just in time! The Shrine of the Most Blessed Sacrament is the heart of EWTN. The vocation of the Poor Clare nuns is to pray. The network is the voice. 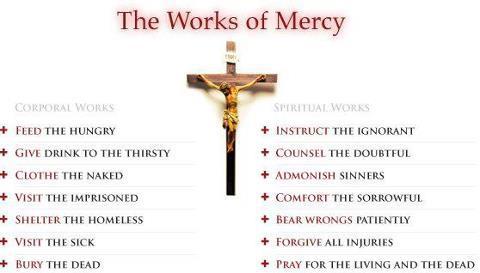 God gave us two mothers in our times to teach us how to do the works of mercy. Blessed Mother Teresa focused on the corporal works of mercy, whereas Mother Angelica focuses on the spiritual. Father told us the story about a man in the porn business who came upon EWTN late at night when Mother had an eye-patch on (she’d just suffered a stroke but wasn’t ashamed to go on TV). That image immediately endeared him to her – look, a pirate nun! She was admonishing the sinner and her words pierced his heart. So he secretly watched EWTN when his roommates were gone and came into the Catholic faith, giving up his old life in the porn industry. God doesn’t delight in punishing the sinner, but wants the sinner to repent and come to Him.
Father told another story about a man who went from one church to another in search of truth but there was so much conflicting information, he became agnostic, thinking that the truth is unknowable. When he was laid up for neck surgery, he came upon EWTN and somehow the channel was stuck on it (Providence?). Mother was counseling the doubtful. He realized that we can know Truth and he came into the Catholic faith.
I can’t tell you how many times I’ve listened to EWTN and been comforted by Mother’s words or by the many other programs that are on, whether it's on parenting or prayer.
ON SUFFERING
Father Joseph gave a beautiful lecture on the Meaning of Suffering. I was lucky enough to hear tidbits of it since he took some time before and after the Sacrament of Healing to learn about my pain and also our conversion and the trials we face now. I know my suffering has meaning because Jesus's suffering has meaning. He said, “Our prayers are never so sincere until we are suffering.” How true it is. But it is with great hope that we pray for healing.


Mother Angelica says, “Embrace the suffering when it comes to us.” When I asked whether she ever prays to be released from this life (she is 92 and has been bedridden for several years) he said, "No, she wants to suffer for Christ." That's heroic. To me, she is already a saint, like Mother Teresa was when she was alive.


St. Paul of the Cross says that the typical human response to suffering is “Why me?” God expects it. But the answer comes from the Cross. “Come, follow Me.”


St. Francis of Assisi links suffering and love. He loved the Cross, the sign, and he cried because Love is not loved. Two years before his death he prayed for love to burn in his heart as much as he could bear, and to suffer as much as he could bear. He wanted to share in His Beloved’s suffering. His excessive love.
In the Crucifix, all virtues are manifested: the greatest humility, obedience, patience, fortitude, kindness, charity. And the great saints learn their theology by contemplating the Passion of Christ.
Father Joseph told us about growing up in Iowa on a farm. Despite the hard work, it was idyllic. It was everything for his parents but there came a time when they couldn’t bear it financially. So they decided to give it up. In one day, all farm equipment was auctioned off, the house sold. There were tears. Why? Years later, the parents told him it was the best thing that could’ve happened. Their jobs working in a Catholic school and Church allowed them to attend Daily Mass. Both his Mom and Dad were able to spend more time in Adoration. It was wonderful for their soul working at the school and church (that’s not to diminish the dignity of the work they did on the farm, raising their kids). But we must look at everything from the lens of an eternal perspective.
The story of our creation is one of love. God loves us so much, he willed us into existence. And he creates us free, so that we can choose to love Him back. A good friend of mine and I are having a discussion about creation and Original Sin, and she reminded me of the Exultet that is sung at Easter Vigil: … O truly necessary sin of Adam, destroyed completely by the Death of Christ. O happy fault that earned for us so great, so glorious a Redeemer … (and I am grateful for friends like these who are happy to discuss such things!)
Back to Father Joseph: We don’t understand God’s ways, but we must know that He loves us and trust that He has our best interests at heart. Have hope. Let us suffer with joy and patience. 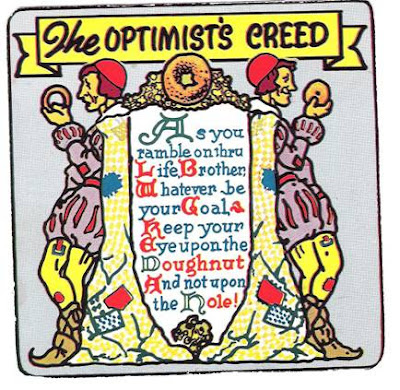 He spoke about two types of sufferings (taken from the works of Alice von Hildebrand) – illegitimate suffering and beautiful suffering.

Illegitimate suffering is when we hang on to disappointments, when we don’t forgive, when we are envious of others' good fortunes, when we are ungrateful, when we look down upon serving others, and it causes us to suffer.
The Lord will usually point the way out of this suffering – you learn to forgive, serve others, and become thankful. He says a mother of 10 had this saying on her wall. LOL. So true! I have a similar saying about having cookies but not the sprinkles :)
We have victory on our side. Have a litany of Thanksgiving and our spirits will begin to lift.
Beautiful Suffering

Alice says that the minute you begin to love, you suffer. A young couple in love marry and conceive a baby. They are immediately concerned about the pregnancy going well, and worry whether the birth will go smoothly. If the child gets sick, the parents worry. They want what is best for the child. Motherhood and fatherhood has a sacrificial element to it. What father wouldn't choose to suffer to spare his own son?


A man who says, "I'll love you until someone better comes along or until things are good." isn't loving at all. A husband says to his wife, I will lay down my life for you, in good times and in bad. That’s love. He will work hard to provide for his family and it’s a beautiful suffering. There’s a cost to this love.
When you suffer with someone, it's a beautiful suffering. It is called compassion. It’s not getting them out of the way so that it’s convenient for you, or exhibit a false mercy. This is why euthanasia is so bad. You deprive the person of love and grace during this time of suffering. I can't tell you how comforting it is to know that people are praying for me when I'm sick. And I too suffer with my friends who are disappointed or depressed or hurting. Father Joseph told the story of man he accompanied while in a coma, going through the 10 Commandments and the act of contrition. He prayed the Divine Mercy chaplet. Tears leaked out of sick man's eyes. He died that night, full of the peace of God.
The last is to suffer *for* someone. The supreme example is Jesus. He says, “No one takes my life from me. I lay it down willingly.” When we suffer and unite ourselves to the Cross and offer it to our Blessed Lord for any intention, for healing of a child, for a father who has lost his job, or for conversion, it is a beautiful suffering. Father Joseph shared the story of Chiara Corbella Petrillo, a young woman who by our worldly standards certainly did not have a successful life. Two babies died soon after birth, and when a third was conceived, she was diagnosed with cancer. She waited to have chemotherapy so that her son could live. But it was too late for her. Cancer took her life before she even turned 30. But this is a story of beautiful suffering. She reminds me of St. Gianna, another mother, who refused to have an abortion to save her own life.
Since you've suffered so long to the end, I'll share a story that Father Joseph shared: A seminarian had to write a 15-page paper on suffering. After his ordination, the first set of readings had to do with suffering, so he thought he’d use the same paper. An elderly woman came up to him later and said, “I never knew what suffering was until I heard you preach.”

Thanks for hanging on with me. More to come!
Posted by Vijaya at 4:33 PM

This is a beautiful post, Vijaya. I am always blessed by your blog, and your words on suffering are so meaningful. Thanks so much for sharing this.

Becky, thanks for reading. I know you are suffering right now so I am praying for you. And most of the words are Fr. Joseph Mary's :) Hugs.